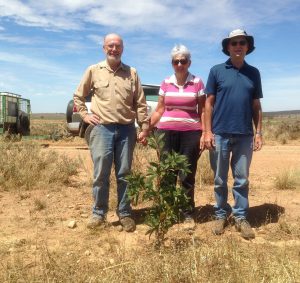 Tree planting along a road reserve at Worlds End on the Heysen Trail, south of Burra

The objects of the Foundation include: 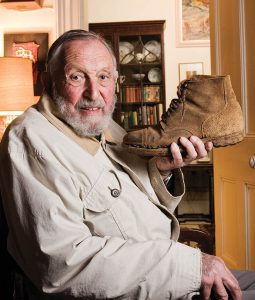 Warren Bonython holds his boot in 2005, a symbol of his passion for bushwalking. (Credit: Randy Larcombe)

Warren was born in Adelaide and his name is synonymous with bushwalking in South Australia. He has however walked extensively in a number of different parts of the world. He began bushwalking while living in Melbourne during the 1940s, heading out into the Dandenong Ranges, and then north into the Cathedral Ranges, with his wife Bunty at his side. Perhaps it was the experience of climbing a challenging ridge on a stormy day, gale-force winds buffeting them with horizontal rain, that decided Bunty against continuing to walk in her husband’s boot prints, or maybe it was their first-born baby waiting at home with her sister. Whatever the reason, Bunty was happy to support Warren in his adventurous life by providing moral support, looking after their three children, and ‘keeping the home fires burning’ while he tramped through far-afield landscapes, including walking the length of the McDonnell Ranges, the Larapinta Trail and Lake Eyre in the Northern Territory; Northern India to the border of Kashmir; and the Sierra Club’s annual high trek in Nevada. He climbed the mountains of Maui and walked through the craters. He first visited New Zealand in 1935 and of course, has done the Everest Trek. Then there was his Simpson Desert walk, 2500 kms, which he shared in his book Walking the Simpson Desert.

The Directors of the Warren Bonython Heysen Trail Foundation are: 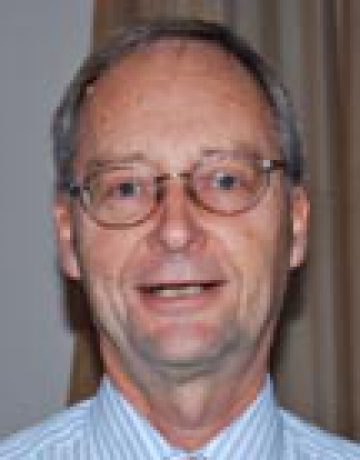 Neville Haar is a retired Civil Engineer and Project Manager with 40 years of experience in the planning, design and construction of roads, bridges, tunnels, water and wastewater infrastructure.

He is a member of the Friends of the Heysen Trail, Group Leader of the Hawthorn Scout Group, member and past president of the Mitcham Lions Club and a Life Member of Apex. 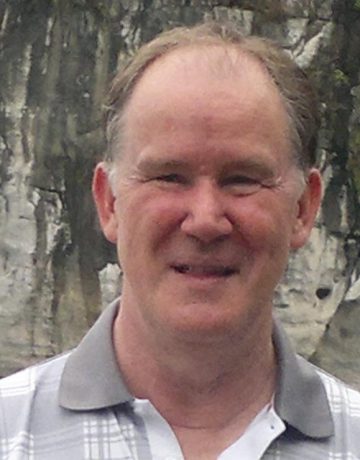 Richard Trembath has a background in market research and strategic planning with a particular focus on tourism and travel. He is a past Vice President of the Friends of the Heysen Trail and a past Chair of the Friends Marketing and Membership Committee. 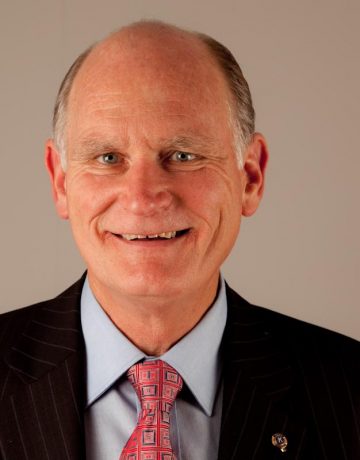 Robert Alcock is past President of the Friends of the Heysen Trail and has a long history of involvement with the Friends and the Trail as a Council member, walk leader and past Chair of the Marketing and Membership Committee.A former public servant, he managed the Adelaide office of the Australian Survey Office. Robert now runs his own business, STEP Marketing Services. He also enjoys photographing the Trail as he walks it. 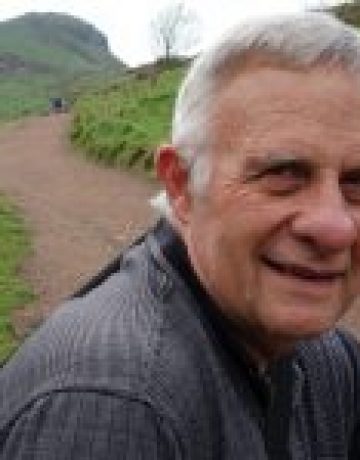 Bill Gehling has a long association with walking in South Australia and was the foundation President of Walking SA. He is also involved in the leadership of Bushwalking Australia and is skilled in policy development. He makes a significant contribution to the strategic planning for the Foundation.

The Warren Bonython Heysen Trail Foundation is supported by relationships with organisations that share its strategic goals.